– The Tokfm.pl portal combines the speed and multimediality of the Internet with informational and opinion-making character of Radio TOK FM. This is a new proposal for regular radio listeners, but also for entirely new ones – says Ewa Wanat, the editor-in-chief of Radio TOK FM. – Although Tokfm.pl is a portal of our radio, thus in a part echoing what can be heard on the air, it shall also have a life of its own, an life on the web.

– The Tokfm.pl portal presents its own news features: political, business, sports, cultural, and entertainment, as well as a selection of most exciting news from other media.
– We count both on original news and interesting, essential features from other sources, to which we shall provide links. It is important to us, that the Internet user will find all vital information at Tokfm.pl, presented in the shortest possible time as well as the most eye-catching form – says Małgorzata Plawgo, director of Gazeta.pl news services. – That’s why Tokfm.pl deliberately combines serious content with bold, expressive layout. We want appealing photos and rich contents at each website to be the distinctive features of our service.

Portal Tokfm.pl reaches out for modern solutions, too, integrating the contents of the increasingly more popular community portals such as Facebook, Twitter and Blip into the service. The readers may customarily watch the profiles of the service, while also co-creating its content. The posts of Twitter and Blip users on most high-profile events shall appear at Tokfm.pl.

– Tokfm.pl is not only an entirely new proposal for readers and listeners, but also an effect of our newsroom’s modification – now our journalists are not just radio reporters, but also multimedia journalists – they write texts, take photos and develop video features. The results of their work are now properly presented on the web – says Ewa Wanat.

Portal Tokfm.pl was designed and developed by the team of the Agora Internet segment. It is edited by the team of the Radio TOK FM multimedia newsroom and Gazeta.pl portal.
Portal Tokfm.pl forms a part of the Agora news services group, which, according to the October Megapanel PBI/Gemius survey takes up the second position in the Polish Internet in the “News and Journalism” category with a reach of 30.2 percent and 5 107 356 users (real users). 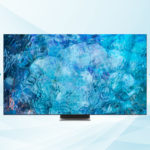 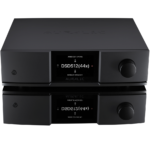